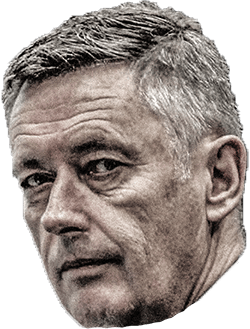 New Zealand's ratepayers are sick of seeing local democracy undermined. Banning the New Zealand Taxpayers' Union and its 180,000 supporters from the LGNZ's 'future of local democracy' conference is just the latest example of criticism of the Government being punished and dissenters silenced.
Tell LGNZ President Stuart Crosby and the LGNZ National Council that banning advocacy groups who criticise Government policy from LGNZ conferences is not the future of local democracy.
Make your voice heard
Over the past few years we have seen some underhanded tactics in the battle over Three Waters.

The Government has attempted to buy council support, engaged in misleading advertising campaigns, and tried to link opposition to their expensive and anti-democratic water reforms to racism. LGNZ has now taken it one step further by banning the largest ratepayer advocacy group in New Zealand - the Taxpayers' Union and its 180,000 subscribed supporters - from its conference on 'the future of local democracy'.

LGNZ is in bed with the Government so much that it apparently doesn't see the irony in banning groups from a democracy conference because they take opposing policy positions!

The Taxpayers' Union has led the fight to stop Three Waters and protect democratic accountability of those who control local water assets. Not only did LGNZ sellout their membership and take the money from the Government not to oppose Three Waters - they're now acting as the Government's sock puppet to try and silence ratepayer groups standing up to Nanaia Mahuta. Tell them that democracy includes listening to perspectives that differ from their own.

Tell them your voice matters and it's wrong they've banned you.

To generate an email, please fill out your details below.
Thank you! Your submission has been received!
Oops! Something went wrong while submitting the form.

The following email will be sent to LGNZ on your behalf.
To Mr Stuart Crosby and the LGNZ National Council,

I am writing to you to express my disappointment in your decision to ban those who represent ratepayers from the LGNZ conference on “the future of local government”.

It is concerning that you saw fit to exclude a key voice for ratepayers – the Taxpayers’ Union, its 180,000 subscribed supporters, and even its affiliated Ratepayer Alliance groups – from even listening to this discussion. I am one of the 180,000 ‘banned’ from attending.

As an organisation funded by ratepayers like me, LGNZ should be a champion for democratic values and understand the importance of protecting the right of ratepayers to criticise the policies and actions of those making decisions on our behalf. LGNZ should certainly be capable of receiving criticism and facing protest without resorting to banning or excluding those they disagree with.

I understand that the reason given for the ban is previous criticism of LGNZ by the Taxpayers’ Union, and concern about what they “might say” about the conference. That is pathetic. Does LGNZ not appreciate the irony that this decision confirms the very criticisms that LGNZ has been politicised and lacks accountability to ratepayers?

I encourage the LGNZ National Council to reconsider. Wiser heads should prevail. Mr Crosby should apologise to ratepayers for his decision to ban ratepayer representation from the LGNZ conference and to reflect on the fact that a healthy democracy requires respect for diverse perspectives.

Thank you for standing up for local democracy.

You are being redirected...